In Continuation of the Notebook Distribution Programme,10,000 notebooks were distributed to school children at a small function held at the SSSEWWT office premises on the 11th of July, 2018. This year, schools from the Obula Devara Cheruvu (ODC) Mandal were covered. 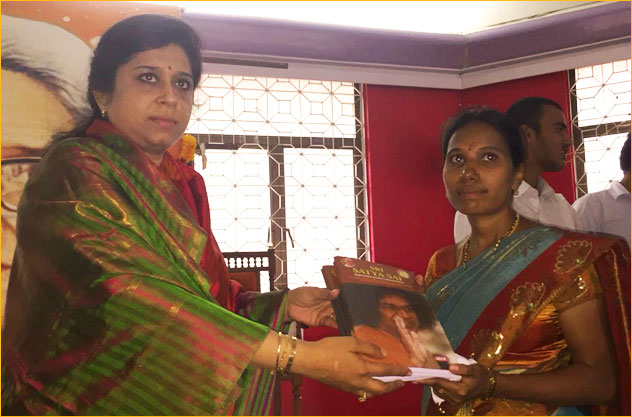 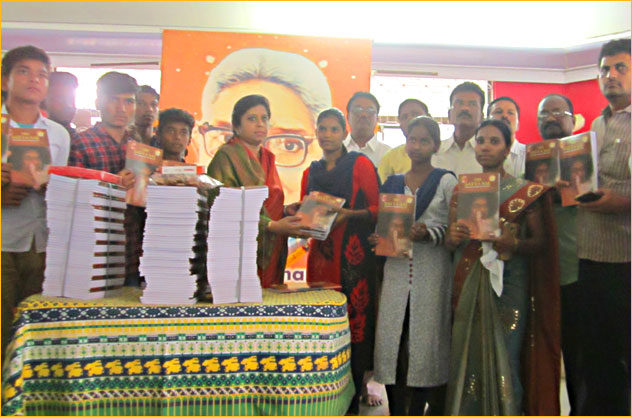 Headmasters of each school, along with a few teachers and students, were invited to come to the office to collect the books. The details of the books distributed are as follows: 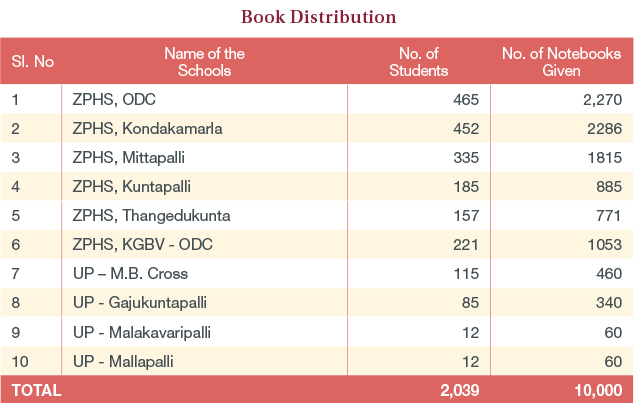 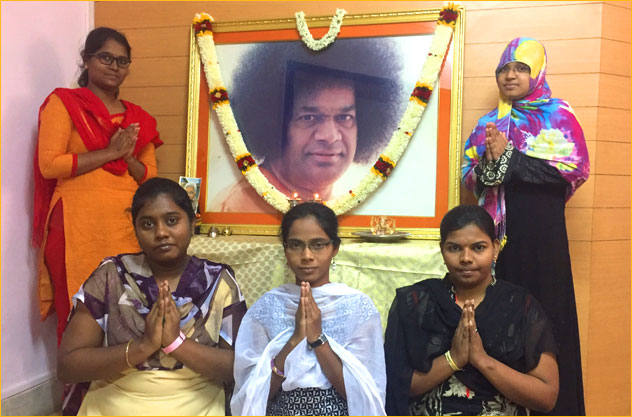 Ms Chethana Raju, Managing Trustee, SSSEWWT, met this year’s selected scholarship students on the 20th of July, 2018. 5 new and 12 second-year scholarships were awarded by the Trust this year, making a total of 17. Students were selected purely on a merit and need basis. 28 new applications were received this year, but only 5 made the grade. Similarly, out of the 18 applications received for the second year (from last year’s list of approved scholarships), only 12 were selected. New applicants were awarded scholarships for studying Nursing, B-Tech Engineering and Diploma in Education, among others.